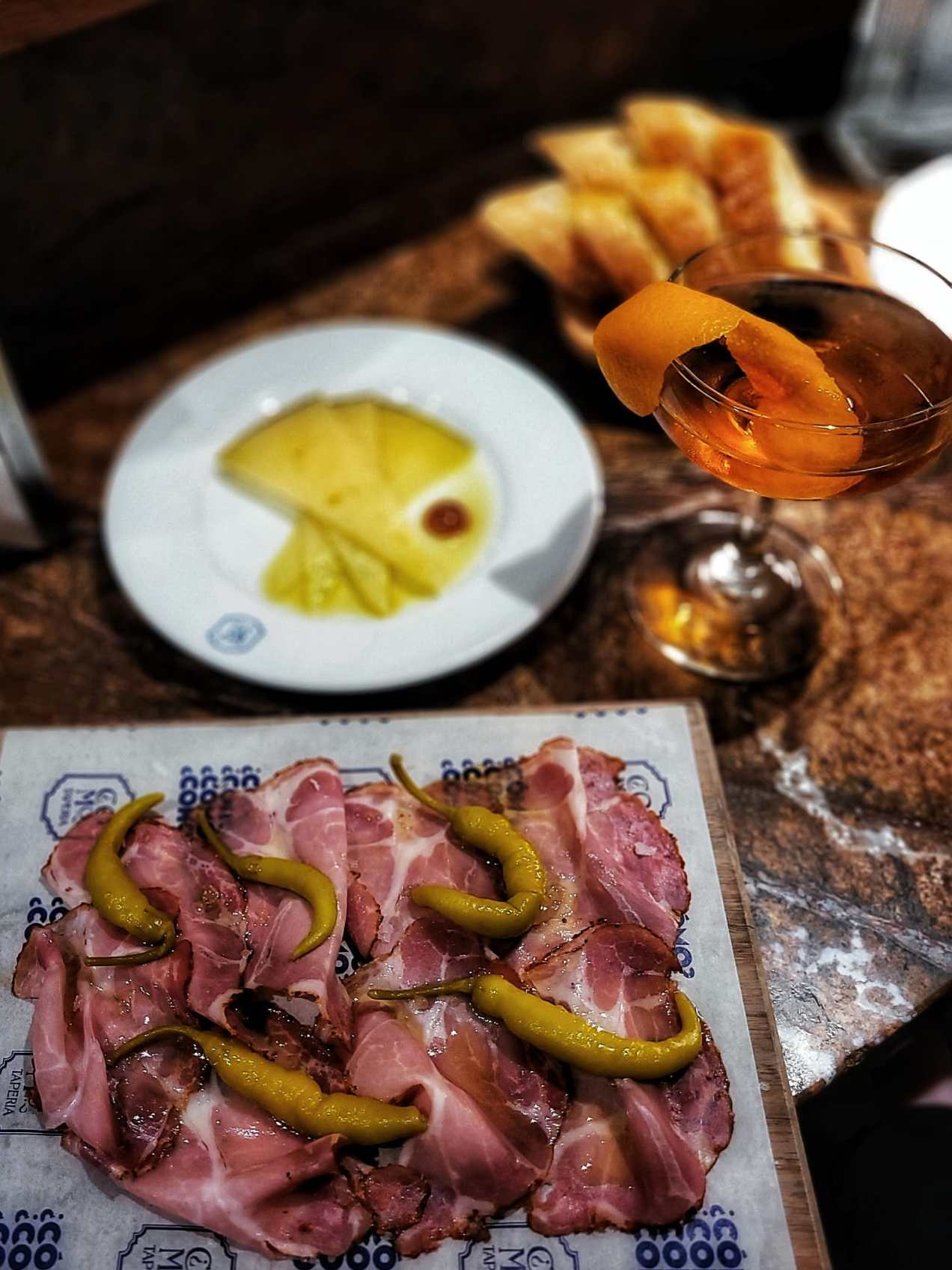 At the risk of you tagging out before this first sentence is complete, I’d like to state at the outset that Jewkarta was conceived as, and its first year has proved to be, a love story — love for food and restaurants, of course, but also love for the people who work in those restaurants, as well as the love between Kley and I. (Wait, don’t go!)

When Kley and I first met, in July 2019, food literally was our first topic of conversation, and within two weeks we were discussing vague ideas about combining my journalism background, his flair for photography and social media, and our shared gluttony, and producing something very similar to what Jewkarta has since become. (All credit for our name goes to Kley, which suggests that maybe I shouldn’t be the person responsible for words in this venture.) The passing of several months, the arrival of a global pandemic, and subsequent mutual unemployment had to happen before Jewkarta became a reality. But once it did, it quickly evolved from something embarrassingly crude into something still occasionally crude but weighted with a significance we couldn’t have foreseen.

Jewkarta began at the height of dine-in restrictions, and so our initial aim was to review the only option available to us: takeout. But once restrictions eased — first for patios, then indoor spaces — we began crossing paths with the proprietors, servers, cooks and other assorted industry professionals whose precarious livelihoods gave Jewkarta a reason to exist. And we soon found that our thoughts were becoming occupied as much with these overworked-yet-somehow-still-kindly individuals as with what they were bringing to our table. Maybe it was the hangover of lockdown (a circumstance that, at the time of this writing, may soon be making a comeback), but we felt an outsized gratitude for their efforts in the midst of the unprecedented hardships they faced, among them slashed profits, staffing shortages, profound threats to their own health, and the undeserved entitlement of customers who had somehow taken the pandemic as their cue to begin seeking revenge against strangers who were only trying to serve them a fucking meal without anyone dying.

Last spring, we went for the first time together to the acclaimed Como Taperia, which had recently reopened its lively dining room after several months of inactivity (save for the ongoing sale of packaged goods from their in-house pantry). Kley had never been; I’d dropped in once, long before, for a hurried cocktail and a shared order of chorizo, but had experienced too little to form an impression. The pandemic had been a particular affront to Como, modelled as it is after Spain’s small, cramped, gleefully elbow-to-elbow tapas bars. It was in the midst of a slow, cautious comeback. Sitting on their patio during one of the season’s first utterly beautiful afternoons, while heroically affable servers brought us plate after delicious plate of unpretentiously presented meats, cheeses and seafoods — as well as aromatic gin-forward cocktails unlike any other in the city — we knew we’d made the acquaintance of something special.

And throughout the months that followed, Kley and I found ourselves returning again and again, on nights when we could have, arguably should have, continued our professional mission of trying new spaces. But Como remained too exciting a proposition to resist. We introduced it to others and sung its praises to anyone who would listen. Staff came to recognize our faces, so familiar a sight had we become. We were in love with the damn place.

So, when we learned last month that the proprietors of Como had recently travelled to Spain, for the first time in years, for the purpose of conceiving new dishes, and were serving the results of their findings as a special limited-time menu called Taste Our Travels, we shouted “Take our money!” and left dust trails behind us as we ran toward their door.

Seated at a counter facing the open kitchen, we experienced a sort of dinner theatre — grill flames engulfing a slab of octopus, a steak being sliced to reveal its perfectly pink centre, the tattooed limbs of cooks scurrying everywhere — as the plates arrived in overwhelming succession. It began understatedly with an 18-month Manchego, marinated in olive oil until it had achieved a sublime near-melting texture, then moved on through a thrillingly absurd seven further courses. Highlights were variously simple (golden fritters of salt cod speared with toothpicks, like you might eat from a paper cone on the Mediterranean beach of your dreams) and high-flying (pork in a blazing orange whisky sauce that seemed to have more going on in its savoury depths than the most ingredient-laden Bouillabaisse). Kley enjoyed eggplant for perhaps the first time in his life, served here as fried discs dressed ingeniously with spiced honey and rosemary. A pile of clams steamed in sherry, chili and herbs was as transporting as a first-class ticket to Madrid and as colourful as an Almodóvar film.

Fed beyond reason, attended to past the point of hospitality, we wiped our mouths with napkins imprinted with the declaration ¡Como no te voy a querer! (“How am I not going to love you?”), took a deep breath, and ordered patatas bravas — in essence, the French fries of tapas culture — from the permanent menu. It makes no sense now, but it did in the moment. That’s love for you.